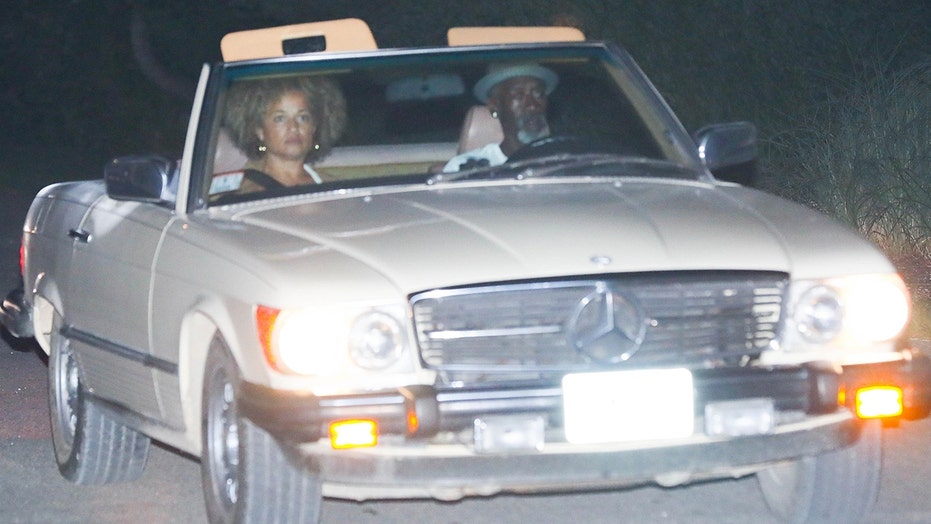 The former president held a lavish party in Martha’s Vineyard on Saturday night and, despite reports that he significantly trimmed down the guest list as a result of rising coronavirus cases and the threat posed to large gatherings by the delta variant, several celebrities still made their way out to the Massachusetts property to celebrate with the former president and his family. While A-list attendees like Chrissy Teigen and John Legend avoided the paparazzi at the event, others managed to get snapped on their way in or out of the star-studded birthday affair.

Don Cheadle, for example, was snapped pulling up to the mansion in his white Mercedes convertible along with his wife, Bridgid Coulter. The star let his gray goatee shine while sporting a smart fedora on top.

OBAMA'S SCALED BACK 60TH BIRTHDAY BASH: CELEB ARRIVALS BEGIN TO SHOW WHO'S IN, WHO'S OUT

Meanwhile, Gabrielle Union and her husband, Dwayne Wade, were shuttled into the event together in the back of a large black SUV. Both were looking stylish and ready for the celebration of the 44th president of the United States with him in a white suit jacket and her in a pink dress.

Questlove, whose band The Roots perform as the house band on "The Tonight Show" with Jimmy Fallon, looked like he was concentrating very hard on not hitting anyone as he rolled up to the mansion to attend the party.

Questlove was one of the attendees at Barack Obama's 60th birthday party in Martha's Vineyard.? (Maciel-Ngre-GLH / BACKGRID)

Musician Erykah Badu was snapped with her head sticking out the window of a similar vehicle later on as she seemingly interacted with the photographers camped outside the property hoping to get an image. Badu seemingly got in a bit of trouble after the party for posting a video on Instagram of the former president holding a microphone and dancing on stage at the party. It was later deleted on Sunday morning amid reports that such social media posts were a violation of the party’s security rules.

Guests were seen leaving Obama’s party just before midnight, the Post reported. A local Massachusetts police officer called the traffic situation in the small town a "s–t show" on his radio as people started to head home, the Post reported.