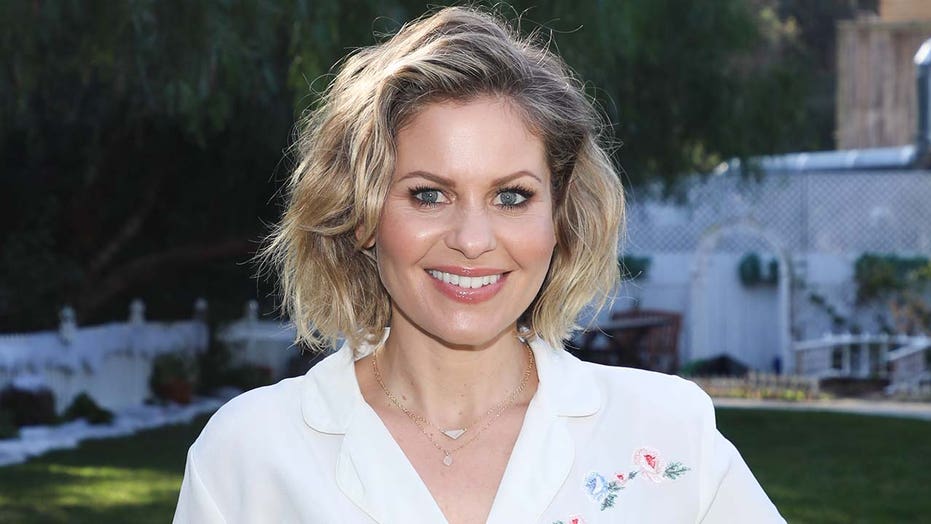 Candace Cameron Bure is sticking up for herself.

The 44-year-old actress is best known for playing D.J. Tanner on "Full House" and its spin-off "Fuller House," but she's also had a rich career on the Hallmark Channel.

Bure is one of the network's staple actors, as she's appeared in 26 TV movies for the network, E! News reports, nine of which are Christmas-themed. She's also known for frequently playing Aurora Teagarden, a crime-solving librarian, for Hallmark.

In a recent appearance on Paula Faris' new podcast, "The Paula Faris Podcast," Bure discussed critics of her career.

Candace Cameron Bure addressed people that ask whether it's hard to be in Hallmark movies. (Photo by Paul Archuleta/Getty Images)

The actress did tell Faris, however, that being an extra is "easy," per the outlet, but "if you have a speaking part, then we're gonna have to make sure you can do the job."

Bure has found herself speaking up against haters and critics quite a bit lately, such as in January, when the actress caught flack for a family photo shared on Instagram.

Viewers were quick to deem the photo "weird," comparing it to a Ralph Lauren ad, while others made note of the expressions on her children's faces.

"Wow- I post a family photo and you all find everything you don’t like about it or can make fun of. Do better than that. Please," Bure responded.

Candace Cameron Bure has become known for appearing in a large number of Hallmark made-for-television movies. (Photo by Axelle/Bauer-Griffin/FilmMagic)

In an interview with Extra, Bure opened up about responding to her online critics and the actress does not regret a thing.

"Listen, on social media, everyone gets criticized, and if you are a celebrity, I mean, it just comes with the territory, and I can handle it," said Bure. "But the second someone starts to criticize my children, or say negative things like that, mama bear comes out."

"I just had to remind people that there are real people with real feelings behind the screen and I’m not posting for your negativity. In that instance, I was simply sharing a family photo that was so beautiful to me. Even a hint of people criticizing my family picture I wasn’t going to take," Bure noted.