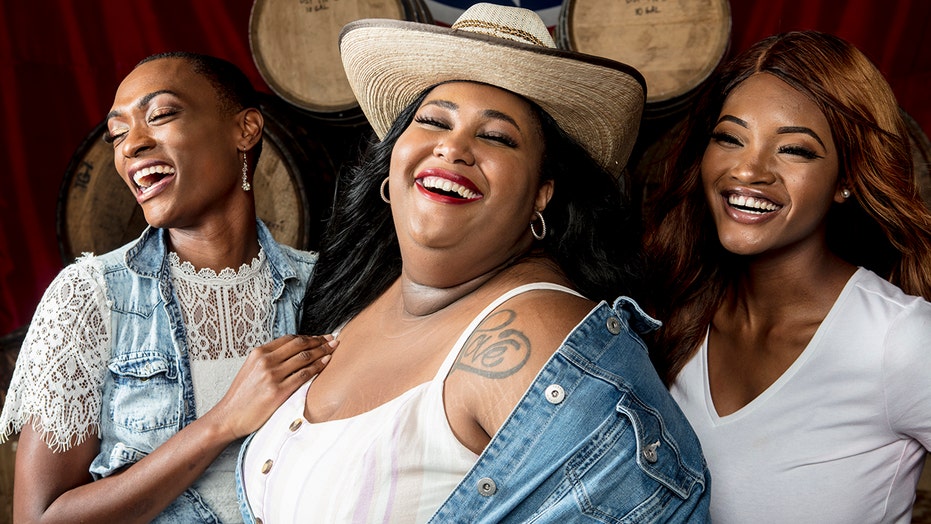 Country trio Chapel Hart are quickly building a following – and acclaim – for their unique sound in the genre.

Made up of sister Danica and Devyn Hart and their cousin Trea Swindell, the group has been named one of CMT’s Next Women of Country for 2021 – an honor that has been bestowed upon such industry icons as Maren Morris, Sheryl Crow, Kelsea Ballerini, Carly Pearce, Jamie Lynn Spears and more.

"It just means the world to us to be selected among all of the up and coming artists in country, we were selected to share the space," Trea, 30, told Fox News. "And that platform with so many other great women is still kind of unbelievable, especially growing up watching CMT your whole life and then one day you get a call like, ‘You know what? You guys are going to be part of the family.'"

Country music has seen a rise in Black artists in recent years and Chapel Hart is one of four to be recognized by CMT this year, another feat they’re proud to be a part of.

Danica, 30, acknowledged the popular consensus that "there’s a change that needs to happen" and commended CMT and country music fans for "listening to African-American country artists" and "inviting up to be a part of the conversation."

"I don’t want them to give us the platform because we are African-American," she added. "We just want the opportunity and then it’s our job to do the work."

The group is charging ahead in their careers, currently on a binge-writing session in South Carolina just a week after shooting a music video of their latest single, "You Can Have Him Jolene."

The tune is a reference to Dolly Parton’s megahit "Jolene," but puts a spin on the classic tale by suggesting the titular character go ahead and take their man away "’cause he don’t mean much to me," as the song puts it.

"We are such Dolly fans," Danica gushed, adding that she’s looking forward to seeing homes decorated with Dolly Parton themes in Louisiana – a trend some locals have picked up following the cancelation of the annual festivities.

The group recalled being praised by CMT’s Leslie Fram for being the first mainstream country act in 50 years to tell the story from such a perspective.

"I think it really speaks to songwriting and how important it is, how involved you can be, how fun it is," Danica said.

The song has even been placed on a number of iTunes playlists, they said, which was exciting news for the crew and caused them to scream in excitement.

Outside of Parton, the three ladies also cite Gretchen Wilson as a massive influence on their sound.

Of course, artists like Shania Twain and Tanya Tucker played a role in the group forming their sounds, but so did ZZ Top, whose lead vocalist Billy Gibbons recently collaborated with the crew.

They all write together, often beginning with a concept by Devyn, who Trea calls "a concept master." Trea notes that their "three different lives, three different perspectives" come together nicely to create their best songs.

Chapel Hart began as a duo when Danica lost her job and decided to take up music with Trea. The two performed on the streets of New Orleans "with about 10 songs and a raggedy old keyboard," as Trea put it, and became so popular that law enforcement would have to monitor their crowds because they were so large.

Eventually, Devyn lost her job as well so her sister invited her to join the group. Their first two shows as a trio didn’t go exactly as they’d have liked, but after a third show, they found their groove and have enjoyed their time together since.

Chapel Hart recently filmed a music video for their song 'You Can Have Him Jolene,' a reference to Dolly Parton's 'Jolene.' (David Abbott)

They also come from a massive musical family.

"Pretty much the entire family sings or plays something," Trea said, recalling being in a children’s choir made up mostly of their cousins.

Their name is an homage to their childhood stomping ground as they come from "a small community call Hart’s Chapel," Devyn explained, and though they thought the name was "ridiculous" when their manager first suggested the name, they eventually realized it was meaningful to each of them and it stuck.

Chapel Hart’s music video for "I Will Follow" will premiere on CMT on Feb. 5.