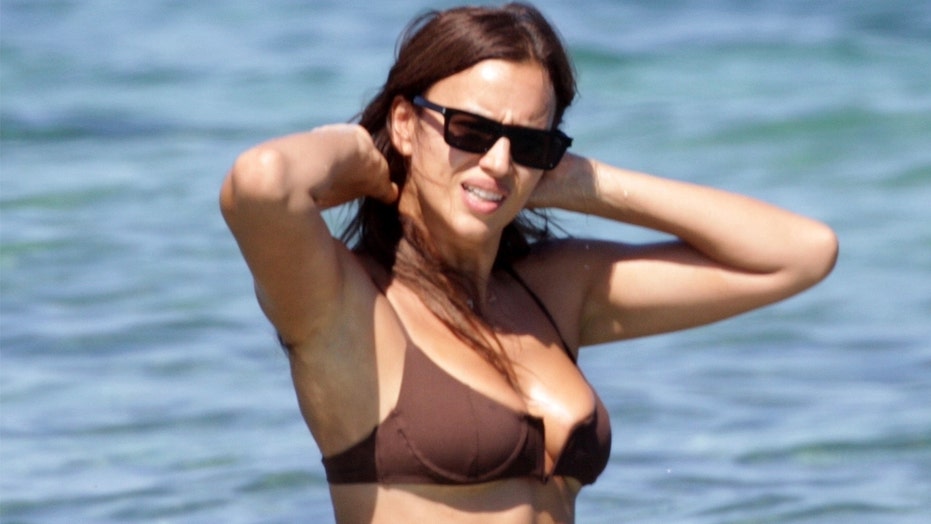 Irina Shayk is one of the world’s most sought-after models and she knows it.

On Friday, the 35-year-old was photographed frolicking on the aquamarine-hued beaches of Ibiza in Spain. The Russian star rocked a skimpy chocolate brown thong bikini which she complemented with summery black shades.

The supermodel was originally tapped by Italian label Intimissimi after spotting her at a local fashion show. She quickly skyrocketed to fame and has appeared on numerous campaigns for luxury brands. She was also the first Russian model to appear on the cover of Sports Illustrated Swimsuit, W magazine reported.

IRINA SHAYK IS 'UPSET' OVER 'LIES' ABOUT HER RELATIONSHIP WITH KANYE WEST ENDING: REPORT

Supermodel Irina Shayk shows off her amazing body as she enjoys a beach day together with friends including Italian fashion designer Riccardo Tisci. (Backgrid)

In 2019, Shayk told W magazine she’s "obsessed" with saunas to help her break a sweat before a photoshoot. However, Shayk also noted she doesn’t shy away from the things she truly loves, like eating cake.

"… I went to an Infrared sauna," she explained at the time. "This is my new obsession. My friend introduced me to it. It heats you up from the inside. You get rid of toxins from the inside out. It makes you really sweat, but it’s not workout sweat. I go once or twice a week when I’m in New York, and I feel like that’s my workout because you can burn 600 calories. But I’m not going to lose 600 calories. When you go your skin, everything, you feel better. You have to try it. You’re going to be obsessed. I’m telling you right now."

"… I do a Russian sauna at least once or twice a week," Shayk continued. "It’s different because you get hit by a hot broom, and it opens your pores and cleans your skin. Then you jump in a cold plunge and the difference in temperature makes your skin tighter. It’s a Russian ritual that I’ve been doing since I was a kid. And I don’t believe in facials. I really don’t. I don’t believe in going somewhere and pay someone $300 to rub cream on your face.

"I believe in facials with machines, like microcurrents, so it’s actually a microcurrent for your face. My latest obsession is in London called FaceGym. They have one in New York, I think. It’s literally the best thing ever. The woman comes and does a workout for your face. When you leave, you really feel like your face is lifted."