Cori Bush 'should be arrested for political and ideological malpractice': Boston reverend

"The call for the defunding police is not wrong, it's absurd and ridiculous," Rivers, a community activist who served as an advisor for the Bush and Clinton administrations to work on faith-based initiatives, argued on "Fox & Friends" on Friday. "It is absolutely an intellectual and ideological crime against Black people to talk about defunding the police."

"Ms. Bush should be arrested for political and ideological malpractice," he added. "It is absurd."

CORI BUSH DEFENDS CALLING TO DEFUND THE POLICE WHILE HAVING PRIVATE SECURITY: 'YOU WOULD RATHER ME DIE?'

Bush, D-Mo., spent nearly $70,000 on private security over the past three months as she advocated for defunding the police, campaign filings show.

As Bush's campaign dished out tens of thousands on private security, the Missouri Democrat was simultaneously a major critic of law enforcement and one of the most ardent advocates in favor of defunding the police. Bush has said that defunding the police is not a "radical" idea, and she praised St. Louis in April for its "historic" vote to defund police.

"Today's decision to defund the St. Louis Metropolitan Police Department is historic," Bush said in a statement at the time. "It marks a new future for our city. For decades, our city funneled more and more money into our police department under the guise of public safety, while massively underinvesting in the resources that will truly keep our communities safe."

Rivers had this message for Bush on Friday as crime in several cities across the country soars: "Ms. Bush come to Boston to see the model that exists."

He argued that the model, which relies on "faith-based law enforcement partnerships," is "the best model in the country."

"That is the answer to Black Lives Matter," he argued. 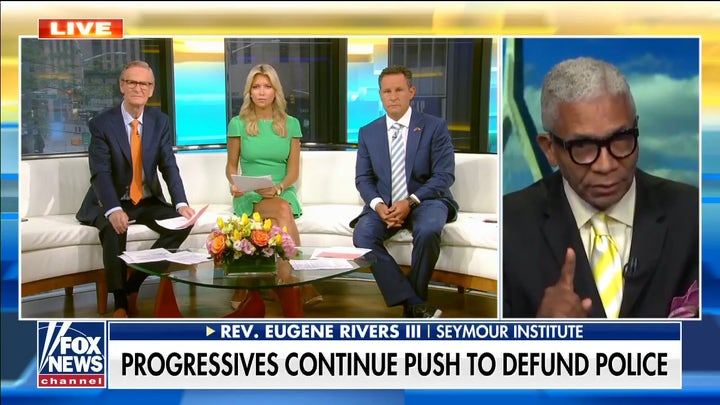 Rivers noted that in "Boston, which has, as a result of good policing that has been supported by the Black community, we actually have a decline in violence." He attributed the drop to supporting law enforcement and developing "the best partnerships that exist in the country and function as a prototype."

According to data from the Boston Police Department, there have been 122 shooting victims this year through August 1, compared to 160 during the same time period the year before, a decrease of 38 victims.

"If we can get a national campaign where faith communities work hand-in-hand with law enforcement, we can objectively reduce violence as has been the case in the city of Boston, which is a national model," Rivers stressed.

Bush's campaign did not respond to a request for comment on the payments or Rivers’ statement on Friday.

Speaking on CBS News on Wednesday, Bush doubled down on her stance to defund the police and addressed spending on private security. 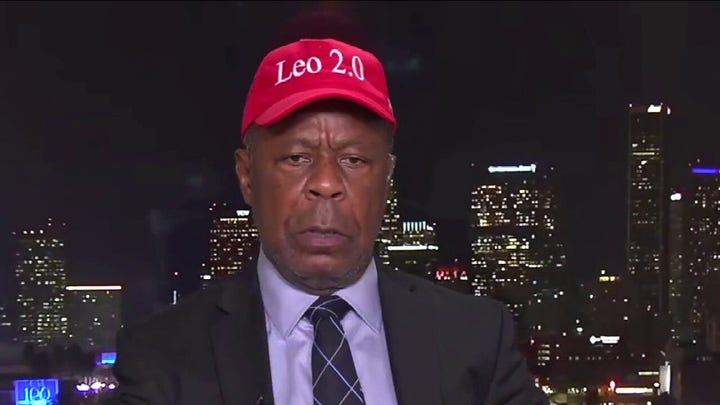 "I'm going to make sure I have security because I know I have had attempts on my life and I have too much work to do," Bush said. "There are too many people that need help right now for me to allow that."

"We need to defund the police and put that money into social safety nets because we're trying to save lives," Bush said.

Rivers slammed Bush’s argument on Friday stressing that "in our poorest Black neighborhoods, we don't need to defund police, we need to support and improve policing and one does that by developing strategic partnerships."

"It's not a question of fighting harder. It's about organizing smarter," Rivers stressed.