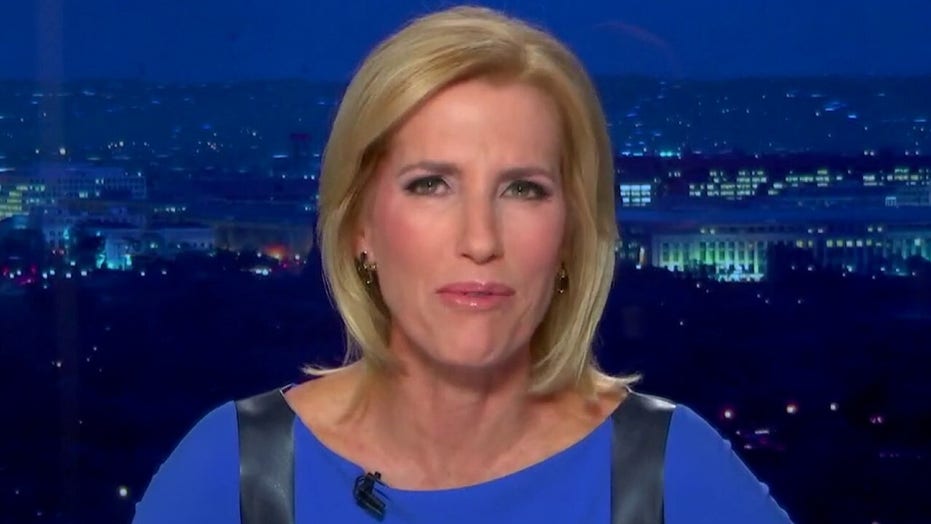 President Biden and Secretary of Defense Lloyd Austin are politicizing the military and may plan to "purge" conservative or Trump-supporting service members under the guise of stamping out "extremism," Laura Ingraham said Thursday.

"The Ingraham Angle" host recalled comments Austin made during his confirmation hearing last month, in which he vowed to "fight hard to stamp out sexual assault and rid our ranks of racists and extremists.

"The job of the Department of Defense is to keep America safe [from] our enemies, but we can't do it if some of the enemies lie within our own ranks," added Austin, a retired general who most recently sat on the board of the defense company Raytheon.

On Wednesday, Austin announced a 60-day "stand down" and ordered military leaders to have "needed discussions with the men and women of the force" in an effort to weed out extremism in the ranks.

PENTAGON ORDERS 'STAND DOWN' ACROSS MILITARY TO INVESTIGATE EXTREMISM IN RANKS

"One thing is for sure," Ingraham reacted. "If this is substantive and not symbolic, it will do grave damage to our military preparedness and morale. Our men and women in uniform have been asked to sacrifice -- multiple tours, many of them -- for so long. Oftentimes, in ridiculous engagements, idiotic wars.

"Now the Biden administration rewards them by casting them as potential domestic terrorists? Ticking time bombs of White supremacy? You can always count on think-tank generals whose salaries are funded by rich donors to side with the Democrats on the issue like this."

"If Democrats were seriously concerned about stamping out extremism, they'd be looking in the mirror," Ingraham added. "How many wacky, incendiary, inflammatory, defamatory hateful things have been said by their members over the past five years, or just over the past month?"

"This is your opportunity to show everyone that you will fight harder against the Democrats than you do against Donald Trump," she said. "Refuse to allow a single U.S. taxpayer dollar to fund this ideological and un-American purge of the U.S. military or expect a lot of us to push for steep cuts in military spending.

"Why should we fund a organization that the Democrats plan to use, not to protect us, but to restrain us in order to protect themselves and their grip on power?"