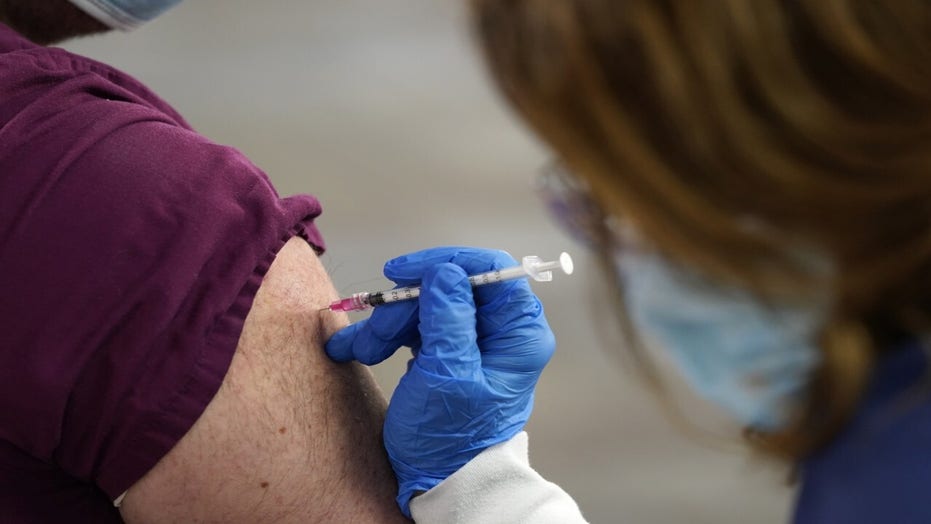 Dr. Makary on COVID vaccine: Go for your first dose but consider delaying the second

Dr. Marty Makary explains why delaying your second dose of the COVID-19 vaccination may be something to consider.

We need to offer every high-risk American a first dose before doling out second doses to save lives and prevent the spread of COVID-19 variants.

Tragically, only 64% of COVID-19 vaccines distributed in the United States have been administered.

One reason for the slow rollout: some public health officials are holding back vaccines for scheduled second doses. But to save more American lives and beat back the threat of new variants, states should use their current supply to offer a first dose to all seniors and high-risk Americans before we dole out second doses.

SEN. MARCO RUBIO: PUT STUDENTS FIRST AND OPEN SCHOOLS – HERE'S WHAT WE SHOULD DO IF TEACHER UNIONS REFUSE

When the Pfizer and Moderna vaccines were studied and authorized by the FDA, they were administered in two doses, with the second dose given three or four weeks later. That led some states officials to think that two doses are required to protect someone. But that’s not true.

Many U.S. experts in the medical establishment have been oddly dismissive of the strong protection offered by a single dose of the Moderna and Pfizer vaccine. But data are mounting to show that one dose can be highly effective in the short-term.

Reading closely in the Pfizer vaccine trial results, there was 91% protection in the first seven days after the second dose – a period in which the second dose has not yet kicked in. In other words, the 91% efficacy observed at four weeks is entirely attributable to the first dose.

Johnson & Johnson’s recent Phase II trial also affirmed a finding we often seen with vaccines – that immunity naturally increases in the second month. After the single-dose J&J vaccine was administered, neutralizing antibodies that fight the virus increased from being present in 90% of participants by day 29 to 100% by day 57.

A second dose may actually be more effective when it’s delayed. Dr. Andrew Pollard, director of the Oxford Vaccine Group and chief investigator of one of the COVID-19 vaccine trials, told the BMJ, "Generally, a longer gap between vaccine doses leads to a better immune response."

Pollard pointed to the HPV vaccine, where a one-year gap between doses yields stronger immunity than a one-month gap and in the Oxford vaccine trials, the immune response was about three times greater when the second dose was given at two to three months versus four weeks. That’s why the U.K. has already recently issued official guidance recommending that people wait closer to 12 weeks to get their second vaccine dose.

Finally, we must remember that the ultimate endpoint we are aiming for is preventing death, not simply preventing infection. To date, we know of no one who has died of COVID-19 because they missed or delayed their second vaccine dose. One reason why the vaccine may be more effective in preventing death than infection is that partial immunity is well known to reduce the severity of illness. The data are now clear on how we should ration the life-saving vaccine doses more wisely. As the data mature, we must evolve our strategy.

When I first reviewed the vaccine data to look at the effectiveness of the first dose, I felt like a lone wolf going on air suggesting that people hold off on second doses as long as we were severely supply constrained. But since then, a growing chorus of leading physicians has started advocated for the same approach.

Our vaccine strategy should acknowledge the current disconnect between the scientific ivory tower and the real world.

On Sunday, Dr. Michael Osterholm created waves within the Biden COVID task force on which he serves when said, "We still want to get two doses in everyone, but I think right now, in advance of this surge, we need to get as many one-doses in as many people over 65 as we possibly can."

His comments were in sharp contrast to what the old guard medical establishment was saying. In fact, the CDC director, Dr. Rochelle Welinsky, quickly upheld the older recommendation by saying only in "rare circumstances" should one wait six weeks, or 42 days, after the first dose.

Let me be clear, people should get a second dose with the Pfizer and Moderna vaccines. But not while we are severely supply constrained and thousands of Americans die each day. As we hold back vaccines for second dose reservations to marginally increase immunity for some, American seniors continue to be sitting ducks in this deadly war because they can’t get any vaccine. 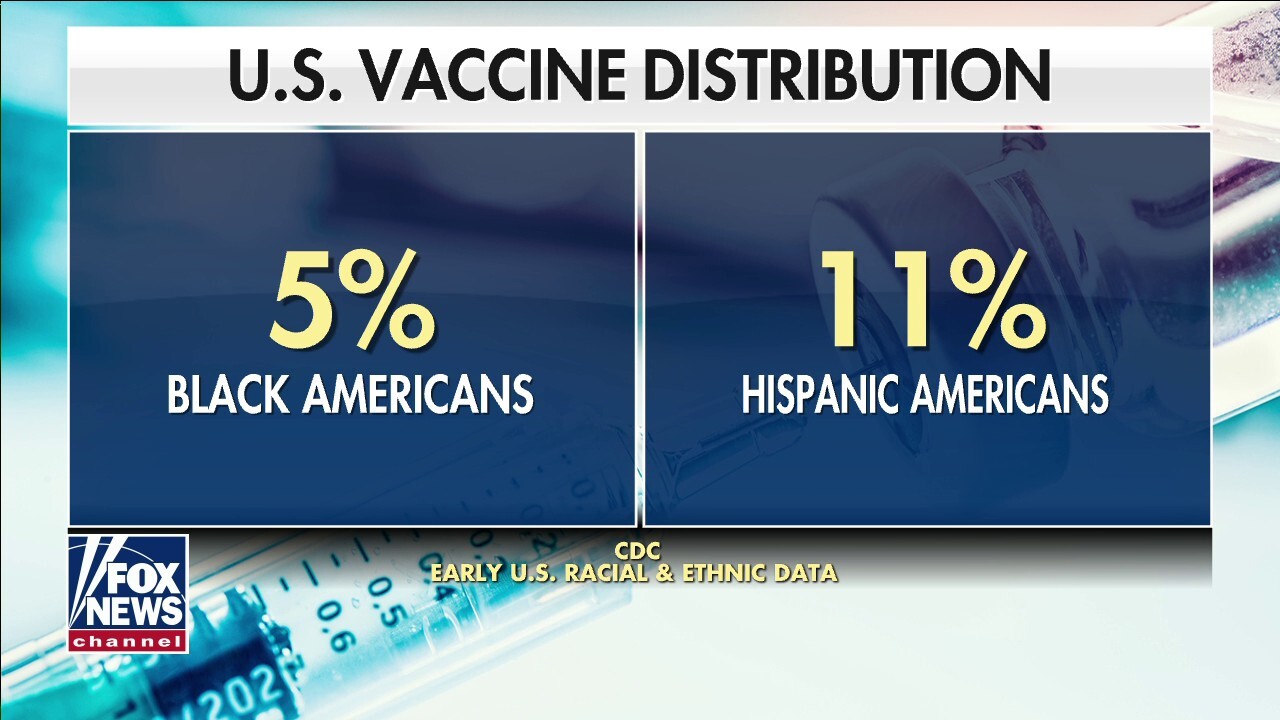 Our vaccine strategy should also acknowledge the current disconnect between the scientific ivory tower and the real world. In the real world, there is a massive vaccine grab, dominated by the wealthy and connected.  As the Miami Herald reported this week, Fisher Island, Fla., the wealthiest zip code in the U.S., has a vaccination rate of 51% while nearby Opa-locka, where 40% of the population lives in poverty, has 2% of their population vaccinated.

How can we justify denying Opa-Locka residents a first dose when Fisher Island residents are getting a second? Adopting a maximize first dose strategy at a time when we are supply constrained could help reduced racial and socioeconomic gaps being magnified by vaccine greed.

We should also remember our country’s vaccine journey. This past summer, we all waited intently to see if a vaccine could meet the stated goal of being at least 50% effective. Imagine if back then, a company suddenly announced then that a single dose vaccine was found to be 80-90% effective at four weeks. We’d say that’s a home run!

If someone were to later add that giving the same vaccine a second time would increase the efficacy level by four percentage points, we’d probably say, yes, that’s true of most any vaccine, let’s just get everyone a first dose and then work on getting people a second dose. In fact, that’s what we need to do today. We just need the old guard medical establishment and federal and states governments to have the courage to take a hard look at the data and make a bold wartime decision, even if it rattles an older peacetime framework.

The longer COVID-19 circulates at large, the more opportunity it has to mutate and morph into new strains that may not be encompassed by our current vaccines. In order to save as many American lives as possible and optimize our chances of crushing the new variants, we need to ration our scarce vaccine supply more wisely. To date, the allocation has been erratic, wasteful and ignorant of natural immunity from prior COVID-19 infection. Let’s be guided by science and change our approach to protect as many people as we can.

Some scientist friends have told me not to talk about the high effectiveness of the first dose publicly because people might hear that information and decide not to get the second vaccine. But in principle, I believe we should not hide data from the public in hope of steering them with partial information. Second doses should be administered after every high-risk American, regardless of race or income, has been offered a first dose.

Marty?Makary, M.D., is a professor of?surgery and?health policy at the Johns Hopkins?University?School of?Medicine?and a Fox News medical contributor.?He is the bestselling author of "The Price We Pay."??The opinions presented are his and do not represent the views of Johns Hopkins University.