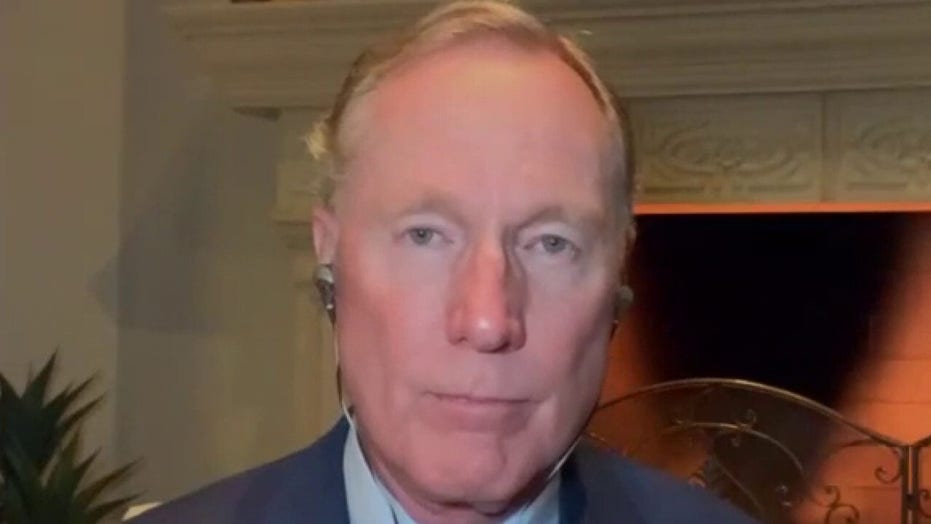 Max Lucado: Coronavirus anxiety and fear – How to interrupt the downward spiral

She had a tremble to her, the inner tremble you could feel with just a hand on her shoulder. I saw her in a grocery store. Had not seen her in some months.

I asked about her kids and husband, and when I did, her eyes watered, her chin quivered, and the story spilled out. He’d left her. After twenty years of marriage, three kids, and a dozen moves, gone. Traded her in for a younger model.

She did her best to maintain her composure but couldn’t. The grocery store produce section became a sanctuary of sorts. Right there between the tomatoes and the heads of lettuce, she wept. We prayed.

PHIL ROBERTSON: HOW GOD GAVE ME THE BEST THING THAT COULD HAVE COME OUT OF MY SINFUL PAST

Audacious of me, right? How dare I say such words? Where did I get the nerve to speak such a promise into tragedy? In a pit, actually. A deep, dark pit. So steep, the boy could not climb out. Had he been able to, his brothers would have shoved him back down. They were the ones who had thrown him in.

So it came to pass, when Joseph had come to his brothers, that they stripped Joseph of his tunic, the tunic of many colors that was on him. Then they took him and cast him into a pit. And the pit was empty; there was no water in it. And they sat down to eat a meal. (Gen. 37:23–25)

It was an abandoned cistern. Jagged rocks and roots extended from its sides. The 17-year-old boy lay at the bottom. His hands were bound, ankles tied. He lay on his side, knees to chest, cramped in the small space. The sand was wet with spittle, where he had drooled. His eyes were wide with fear. His voice was hoarse from screaming. It wasn’t that his brothers didn’t hear him.

22 years later, when a famine had tamed their swagger and guilt had dampened their pride, the brothers would confess, “We saw the anguish of his soul when he pleaded with us, and we would not hear” (42:21).

These are the great-grandsons of Abraham. The sons of Jacob. Couriers of God’s covenant to a galaxy of people. The name of Jesus Christ will appear on their family tree. But they could have had their own reality TV show. The older brothers despised the boy. Here’s why.

Their father pampered Joseph like a prized calf. Jacob had two wives, Leah and Rachel, but one love, Rachel. When Rachel died, Jacob kept her memory alive by fawning over their first son.

The brothers worked all day. Joseph played all day. They wore clothes from a secondhand store. Jacob gave Joseph a hand-stitched, multicolored cloak with embroidered sleeves. Jacob treated the eleventh-born like a firstborn. The brothers spit at the sight of Joseph.

Joseph didn’t see this assault coming. He didn’t climb out of bed that morning and think, I’d better dress in padded clothing because this is the day I get tossed into a hole. The attack caught him off guard. So did yours.

And you? Thrown in an unemployment line and forgotten. Thrown into a divorce and abandoned. The pit. A kind of death, waterless and austere. Some people never recover. Life is reduced to one quest: get out and never be hurt again.

Joseph’s story got worse before it got better. Abandonment led to enslavement, then entrapment and finally imprisonment. People made promises only to break them, offered gifts only to take them back. If hurt were a swampland, then Joseph was sentenced to a life of hard labor in the Everglades.

Yet he never gave up. Anger never metastasized into hatred. He not only survived; he thrived. He ascended like a helium balloon. An Egyptian official promoted him to chief servant. The prison warden placed him over the inmates. And Pharaoh, the highest ruler on the planet, shoulder-tapped Joseph to serve as his prime minister.

By the end of his life, Joseph was the second most powerful man of his generation. It is not hyperbole to state that he saved the world from starvation.

How did he flourish in the midst of tragedy? We don’t have to speculate. Some 20 years later the roles were reversed, Joseph as the strong one and his brothers the weak ones. They feared he would settle the score and throw them into a pit of his own making. But Joseph didn’t.

And in his explanation we find his inspiration: “As for you, you meant evil against me, but God meant it for good in order to bring about this present result, to preserve many people alive.” (50:20 nasb )

“You meant evil against me,” Joseph told his brothers, using a Hebrew verb that traces its meaning to “weave” or “plait.” “You wove evil,” he was saying, “but God rewove it together for good.”

God, the Master Weaver. He stretches the yarn and intertwines the colors, the ragged twine with the velvet strings, the pains with the pleasures. Nothing escapes his reach.

Every king, despot, weather pattern, and molecule are at his command. He passes the shuttle back and forth across the generations, and as he does, a design emerges. Satan weaves; God reweaves.

Max?Lucado?is a San Antonio pastor and best-selling author. His most recent book is the book, "Anxious for Nothing" Young Readers Edition (2021, Tommy Nelson). He is also the host of the "Max Lucado Encouraging Word" podcast. Visit his website at?www.MaxLucado.com?or follow him on Twitter: @MaxLucado.