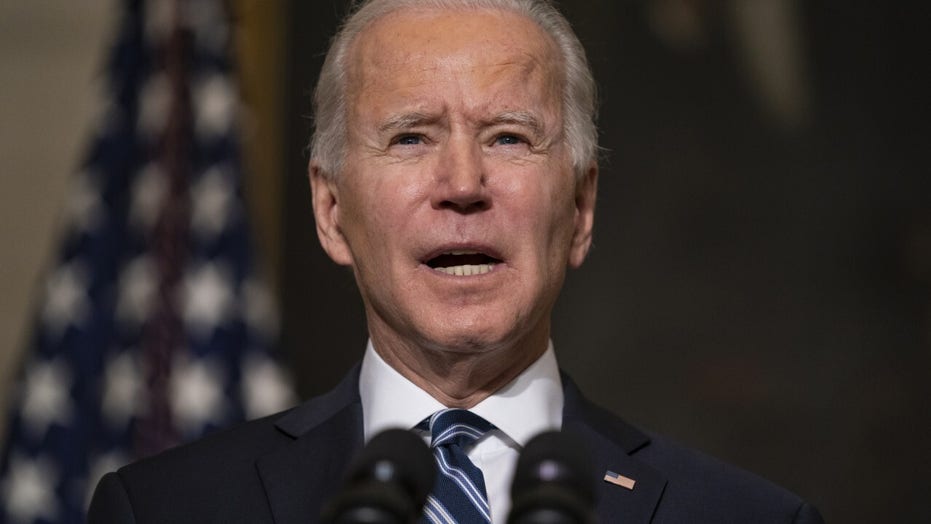 President Biden addressed the National Prayer Breakfast on Thursday, saying the country needs to "defeat political extremism" and rely on "faith to guide us out of the darkness and into the light" amid the coronavirus pandemic.

Biden delivered remarks through video at the National Prayer Breakfast Thursday morning for the first time as president of the United States, referencing the coronavirus pandemic, the "existential threat" of the climate crisis, racial injustice and the Capitol riot last month.

"We must defeat political extremism, White supremacy and domestic terrorism," Biden said. "For so many in our nation, this is a dark, dark time."

Biden spoke of his faith, saying that in his "darkest moments, faith provides hope and solace; provides clarity and purpose as well."

He added: "This is not a nation that can, or will, simply stand by and watch this. It is not who we are."

Biden said he believes and knows "we’re going to get through all of this."

"We need one another. We need to lean on one another; lift one another up," he said. "Let faith guide us out of the darkness and into the light."

Upon taking office, Biden requested a "comprehensive threat assessment" on domestic violent extremism from the Office of the Director of National Intelligence in coordination with the FBI and the Department of Homeland Security, White House press secretary Jen Psaki said.

Last month, Psaki said "all violence" will be reviewed as part of the Biden administration’s effort to combat domestic violent extremism

The announcement came just weeks after the Jan. 6 Capitol riot, which left five people dead – including a U.S. Capitol Police officer – as pro-Trump supporters stormed the Capitol as a joint session of Congress attempted to certify the electoral votes for Biden’s 2020 presidential victory. And it also comes as anti-fascist rioters took to the streets in Portland and Seattle to cause destruction and chaos.

"There is currently a heightened threat environment across the United States that is likely to persist over the coming weeks," the bulletin read.

The bulletin noted that the agency does not have any information to indicate any "specific" or "credible" plots, but cited violence and unrest across the country related to the presidential transition.

"DHS does not have any information to indicate a specific, credible plot; however, violent riots have continued in recent days and we remain concerned that individuals frustrated with the exercise of governmental authority and the presidential transition, as well as other perceived grievances and ideological causes fueled by false narratives, could continue to mobilize a broad range of ideologically-motivated actors to incite or commit violence," the bulletin read.

The announcement comes after the White House this week said "all violence" will be reviewed as part of the Biden administration’s effort to combat domestic violent extremism.