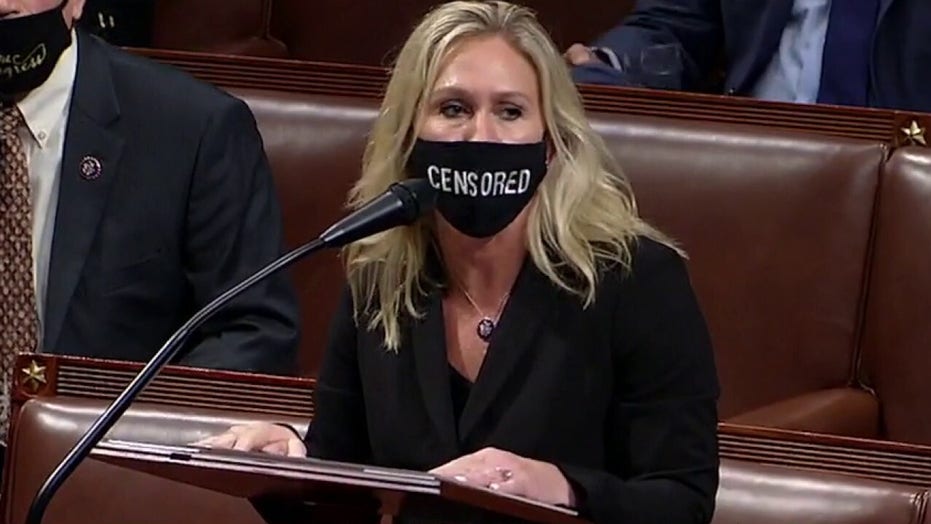 The House was set to vote on a resolution to remove Green from her posts on the House Budget Committee and the Education and Labor Committee. Democrats moved forward with the resolution after House Minority Leader Kevin McCarthy, R-Ca., condemned Greene’s past conduct but declined to pursue disciplinary action against her.

"If successful, the partisan effort to strip @RepMTG of her committee assignments will set a terrible precedent for the House -- with no end in sight," Graham said. "I hope her comments today will go a long way in turning down the temperature and allow us to focus on the important issues the American people want us to address."

Since formally entering Congress in January, Greene has faced widespread criticism over her support of the QAnon conspiracy theory and former President Donald Trump’s unproven claims that the presidential election was stolen. Critics called for Greene’s ouster following an uproar related to her past social media activity, which revealed that she had "liked" posts calling for violence against top Democrats and suggested that several of the nation’s deadliest mass shootings, including Sandy Hook and Parkland, were staged.

Greene’s remarks drew the ire of Senate Minority Leader Mitch McConnell, who referred to "loony lies and conspiracy theories" as a "cancer for the Republican Party and our country."

Greene has remained largely defiant in the face of calls for her removal. However, the first-term lawmaker expressed remorse for her past QAnon support in a floor speech ahead of the House vote.

"I was allowed to believe things that weren’t true and I would ask questions about them and talk about them and that is absolutely what I regret," Greene said. "If it weren’t for the Facebook posts and comments that I liked in 2018, I wouldn’t be standing here today and you couldn’t point a finger and accuse me of anything wrong, because I’ve lived a very good life that I’m proud of."