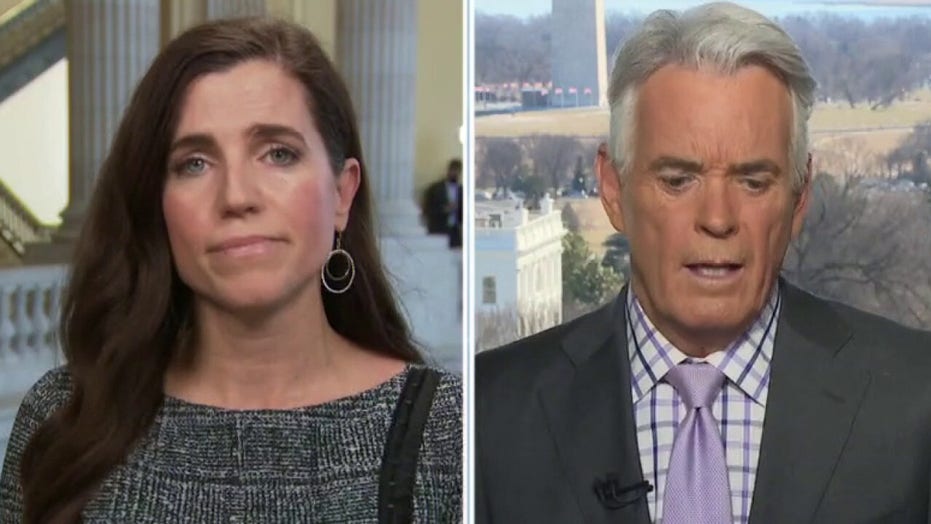 Rep. Nancy Mace, R-S.C., fired back at Rep. Ilhan Omar, D-Minn., Thursday invoking her past anti-Semitic remarks after Omar told her to "get it together" for mocking House Speaker Nancy Pelosi’s comments calling some members of the House of Representatives an "enemy" within the chamber.

"Oh, hi, Rep. Omar! Last time we spoke I was calling you out for your anti [Israel] nonsense," Mace responded to Omar on Twitter. "Good to be reacquainted. Judge a woman by her enemies they say..."

Omar has been forced to apologize more than once for comments she’s made that have been widely seen as anti-Semitic, including linking pro-Israel lobby AIPAC to U.S. lawmakers' support for the country. "It’s all about the Benjamins," she tweeted in 2019. She later apologized.

"The definition of the ‘enemy within’ is Members who pose a threat to other Members," the Minnesota congresswoman tweeted to Mace. "It’s not a reckless statement. We literally have a member who harassed @RashidaTlaib and I, tried to force us to swear on a Bible and held a gun over our heads in campaign ads," she wrote.

Omar was referencing Rep. Marjorie Taylor Greene, R-Ga., who the House voted to remove from her committee assignments Thursday over conspiracy theory-linked comments she has made in the past.

Greene also posted a campaign ad on social media last September that depicted herself holding a gun pointed in the direction of photos of Omar, Rep. Alexandria Ocasio-Cortez, D-N.Y. and Rep. Rashida Tlaib, D-Mich., calling herself the "Squad’s worst nightmare."

TRUMP DOES NOT HAVE FUTURE IN REPUBLICAN PARTY AFTER CAPITOL RIOT: REP. NANCY MACE

On Wednesday, Mace had tweeted that "threatening other Members is unacceptable" but she claimed Pelosi’s remark about enemies within the House was "irresponsible, but unsurprising."

Mace also accused Ocasio-Cortez this week of not being completely honest after the New York congresswoman had said she thought she might die in an incident during the riot at the U.S. Capitol last month.

"She has a tendency to politicize literally everything," Mace told Fox News this week, noting that rioters never entered the building next to the Capitol where Ocasio-Cortez’s office is located.

Ocasio-Cortez recently released a video in which she acknowledged that the man who showed up at her office that day – causing her to fear an attacker was on the way – was in fact a Capitol Police officer.

She stated that the officer looked at her "with a tremendous amount of anger and hostility," and that she did not know whether she could trust him. She likened the situation to communities where people are unsure whether they can trust the police.

She said the officer ended up shouting instructions for where she needed to go upon evacuating the building and then left.

"We've got Americans who are working hard trying to put food on the table, gas in their tanks, in their cars, and we're struggling to make it. And we have so much more to do for the American people. Yet we're sidetracked by this Jerry Springer Show sideshow that we see," Mace said.

Representatives for Mace and Omar did not immediately respond to Fox News' after-hours request for comment. 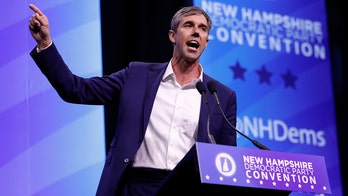 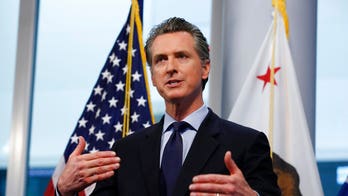