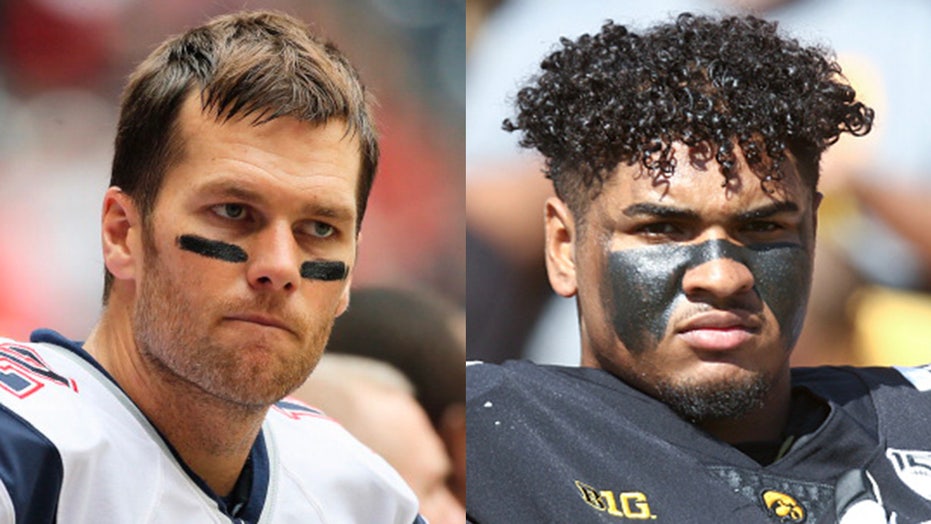 Herschel Walker on how sports can unify America: ‘Quit listening to people that want to separate us’

Tampa Bay Buccaneers offensive lineman Tristan Wirfs has made an impact on the team as much as anyone else and has done a good job protecting Tom Brady in his first season.

Wirfs admitted Thursday he didn’t feel like his relationship with the legendary quarterback started off great, as he missed Brady’s direct message on Instagram after he was drafted.

"The very first thing was he messaged me on Instagram," Wirfs told reporters, via Pro Football Talk. "I didn’t open it for like nine hours because it was draft night and so I had a ton of messages and I didn’t see it until the next day. And I was like, ‘Oh my gosh.’ I was scared."

Wirfs, 22, recalled the moment he came to the realization he was going to play with Brady.

"It was a lot of emotions that night, just because, it’s Tom Brady, you know? [Bruce Arians] on the phone call was like, ‘Are you ready to protect Tom?’ I was like, ‘Not right now.’ It was just a lot being thrown on me, just those couple words, I was like, ‘Wow.’ And I was like, ‘I’ll get ready as fast as I can.’ But it was still exciting. Exciting, emotional -- it was just awesome. There was a lot going on that night."

The offensive lineman said he met Brady personally after getting his physical done and called his mom to tell her he met him.

Wirfs played in all of the Buccaneers’ 16 games this season and has been called for four penalties -- two holding and two false starts.

On Sunday, he’ll get to play in the biggest game of his life with the possibility of getting his first Super Bowl ring.