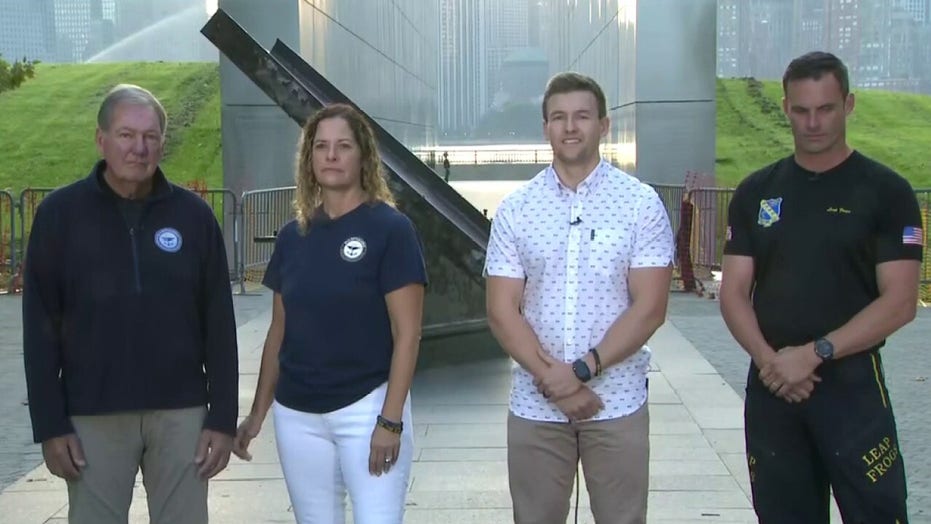 The family of fallen Navy SEAL Brian Bill plans to swim across the Hudson River and join a parachute demo in his honor. Visit www.GIGo.org to learn more.

One Kentucky restaurateur began hosting weekly drag brunches throughout the pandemic in order to give "great performers in Louisville" the chance to do what they do best: entertain.

The idea quickly transpired into an even bigger mission and within a few months' time, Corey Milliman, the owner of CC's Low Carb Kitchen, was able to impact far more lives than just the performers themselves.

"All of the restaurants were either shut down or the drag brunches … were actually happening in parking lots," Milliman told Fox News. "It was the middle of winter and the entertainers were really suffering."

So he gave them a proper stage – although it didn't come without its challenges.

Milliman, who was well aware that they weren't in a "liberal-leaning area of the country," said he faced a "whole slew" of hate-filled emails and voicemails. At one point, a local resident even threatened to kill one of his performers, Milliman said.

Milliman and his performers powered through it all.

"The whole idea behind the restaurant initially was just to make it a place where everybody is welcome," Milliman said. "It didn't matter what somebody's background was, sexual preference, race or whatever."

Initially, it just started as weekly drag brunches and on occasion, they would donate the proceeds to a charity. Very quickly Milliman realized they could do even more, so he created a program where the restaurant would honor a local charity all month long.

The ticket sales for each performance are directly given to the performer. However, any tips made during a charity number are donated to a local nonprofit "with biggest needs right now."

But that's not all. To make sure nonprofits get the support they deserve, Milliman says he writes a check to match the donations.

Milliman recalls guests even "cash apping him" and the performers during the show.

"After the fact, they were going to an ATM and coming back with wads of cash," he said.

The month-long effort kicked off in July with Kentucky-based Hope's Closet. The nonprofit provides "foster and adoptive children with clothing and other necessities free of charge," according to its website.

It was an organization "near and dear" to one of his workers, Tova Uravitch, who is a foster parent.

August's donations will be given to Apron Ink, which provides "temporary, limited financial relief to professional food and beverage industry workers" in the Louisville metro area, according to its website.

Milliman said when the community realized what they were doing, they were able to "cut through some of the noise."

"It's not a threat to anyone's masculinity or sexuality, it's just entertainment," he said.