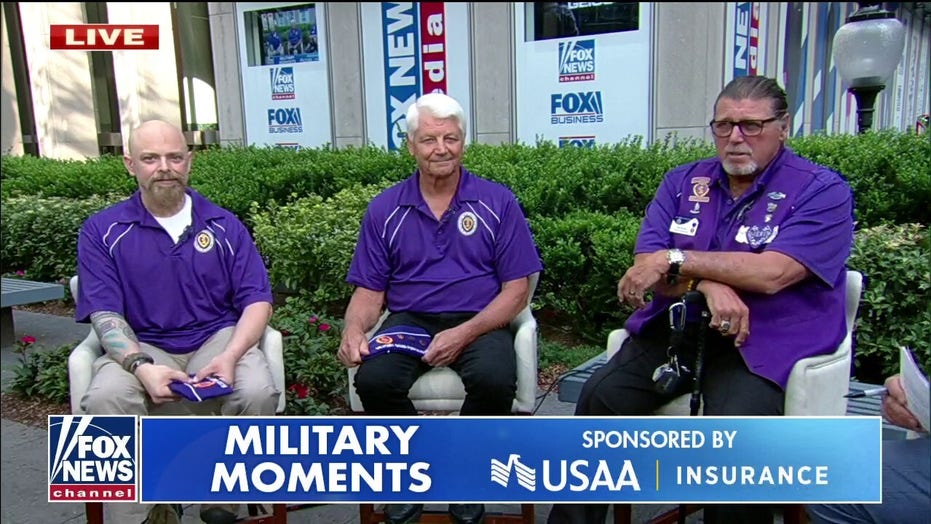 Retired Marines Lance Cpl. Scott Stump says he remembers being deployed in the Persian Gulf when a thought about the Iraqi dictator Saddam Hussain crossed his mind – "the resignation that ‘hey, this guy has [used] chemical weapons – I may not be coming back.’"

Stump would go on to become one of the roughly 600,000 American troops who helped liberate Kuwait from Iraqi forces during Operations Desert Shield and Desert Storm, telling Fox News that the conflict taught him to not "take any day for granted, because it might be your last." But now Stump wants the heroism that coalition forces exhibited during the Gulf War to be prominently displayed in Washington, D.C. – and is pushing on this 30th anniversary year to secure the final funding needed to construct a National Desert Storm and Desert Shield Memorial.

"I had to at least do something to try to make an attempt that this would be remembered," said Stump, the president and CEO of the National Desert Storm War Memorial Association. "And of course – where else but Washington, D.C., would something like this belong? Where people from across the globe would be able to remember or if they didn’t remember it, they could learn the story."

FLASHBACK: GULF WAR WAS ‘ONE OF THE PIVOTAL EVENTS IN THE NATION’S HISTORY,’ STUMP SAYS

To date, the project has raised around half of the $40 million in private funding needed, which includes a $10 million pledge by the government of Kuwait. Stump’s organization says current law requires that the total cost must be raised before groundbreaking, which he hopes can happen early next year at an approved site on the southwest corner of Constitution Avenue and 23rd Street Northwest, adjacent to the Lincoln and Vietnam Veterans Memorials.

Stump described the design of the memorial – which is still being finalized – as "a mixture of that story of memorializing and remembering those that served, those that didn’t return home and also of this wonderful coalition effort."

It is planned to feature topography mimicking the dunes of the desert, a raised center fountain with representation of each of the 35 countries that participated and tributes to the nearly 400 American troops - and other forces – who lost their lives in the operations.

"There is an uplifting story," Stump says the memorial will tell. "Thirty-five countries from five continents come together to liberate a people. That is a remarkable story."

While overseas himself during the operations, Stump was an infantryman with the 3rd Battalion, 24th Marines. He says his unit assisted with securing flight lines, provided perimeter security at ammunition dumps and did joint combat patrols with Saudi Marines and naval forces, amongst other duties.

The military effort transitioned to Operation Desert Storm on Jan. 17, 1991, after Hussain ignored calls to move his forces out of Kuwait. On Feb. 28 of that year, Kuwait was liberated following a 4-day ground offensive launched by U.S. and coalition troops.

"In 100 hours, U.S. and allied ground forces in Iraq and Kuwait decisively defeated a battle-hardened and dangerous enemy," the Army says. "During air and ground operations, U.S. and allied forces destroyed over 3,000 tanks, 1,400 armored personnel carriers, and 2,200 artillery pieces along with countless other vehicles."

Stump tells Fox News he launched the effort to build a National Desert Storm and Desert Shield Memorial when decades after the liberation, he "came to the realization that this was being forgotten."

"It was a very significant and important time in history," he says, "and what people tended to remember is its brevity and not its lasting impact."

The lasting impact, he says, included a profound change in the way the American public viewed the military.

"What was accomplished in Desert Storm was extremely therapeutic and healing for the Vietnam veterans because the way we were treated was the complete polar opposite of the way they were treated," Stump said. "And the lasting legacy, anybody that has served since 1991 is the beneficiary of Desert Storm in that they are treated with a level of dignity and respect – rightfully so – but that was not the case when we deployed."